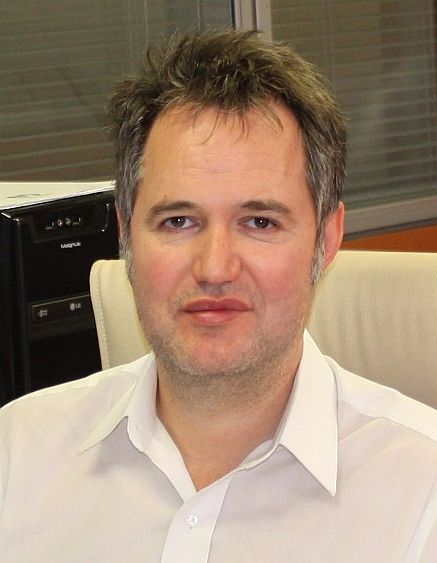 holds a PhD in Agricultural Engineering (1997) and is Full Professor of Genetics and Plant Breeding at the UPV. His research deals with Solanaceae vegetable crops breeding and enhancement, including assessment of diversity, hybridization, molecular markers, genomics, phenomics, quality, resistance to stresses, and evolution. He has co-authored of more than 100 papers in ISI journals, 42 book chapters and technical publications, and over 200 contributions to congresses, and has developed five varieties of vegetables. He has coordinated or been PI of more than 40 research projects and contracts, including several international projects. He has advised many MSc and PhD students thesis. He is associate editor of the plant science journals like Frontiers in Plant Science and Euphytica, as well as member of the editorial board of Genetic Resources and Crop Evolution, Notulae Botanicae Horti Agrobotanici Cluj-Napoca and Notulae Scientia Biologicae. He was also senior editor of the Handbook of Plant Breeding series (Springer). During the period 2004-2008 served as president of EUCARPIA, of which presently is Scientific Secretary. At present he serves as director of the COMAV Research institute and is member of the board of EUCARPIA, Spanish Society for Horticultural Science, and Spanish Society of Genetics. In 2012 he was awarded the title of Doctor Honoris Causa by the University of Agricultural Sciences and Veterinary Medicine Cluj-Napoca (Romania). 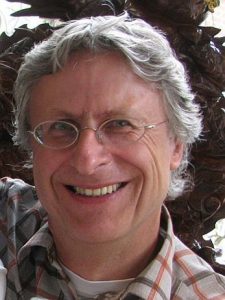 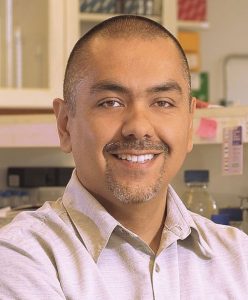 Researcher and Professor at Faculty of Agronomy and Forestry, Pontifical Catholic University of Chile. His prior working experience includes Researcher at Department of Pharmaceutics, Ernest Mario School of Pharmacy, Rutgers University, USA; International Quinoa Expert, Administration of Foreign Expert of Jilin Province, P. R. China; and FAO (Food and Agriculture Organization of the United Nations) consultant in Chile. He obtained his PhD in Agroforestry and Veterinary Sciences, Molecular Genetics at University of Chile in 2007 and B.S. in Agronomy and Crop Science at Concepcion University, Chile in 2001. He has completed Technical Internship in Genetics Advances for Horticultural Crops and Internship Research in the following topics: Sequencing and Phylogenetic Analysis of Chloroplast bar code of Chenopodium genus, Developing Multiplex Fluorescent Microsatellite Markers for Genetic Diversity Assessment in Quinoa and Molecular Marker Screening to assess Genetic Diversity in Quinoa. He received awards including Postdoctoral Fellowship funded by the National Commission for Science and Technology (CONICYT), Chile (2012-2014) and Doctoral Fellowship funded by the National Commission for Science and Technology (CONICYT), Chile (2004-2007). He has also received number of research grants as Principal Investigator, Associate Investigator and International Research Collaborator, publishing +40 research articles in refereed journals. He serves as Editor-in-chief of “Journal of Agronomy” and as editorial board member in international journals, including “Notulae Botanicae Horti Agrobotanici Cluj-Napoca” and “Notulae Scientia Biologicae”. 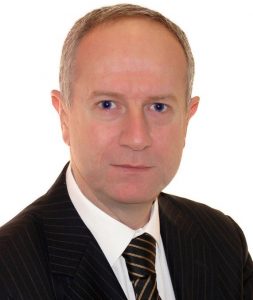 Doctor of Biotechnical Sciences (Agriculture & Forestry). Lecturer at the Department of Geography of the University of Montenegro (2015-ongoing), earlier at the Biotechnical faculty / Institute of Agriculture of the University of Montenegro (since 1995). Director of International Fund for Agricultural Development (IFAD) Project Coordination Unit in Montenegro. In the period 2001–2010 worked at the European Agency for Reconstruction and the Delegation of the European Union to Montenegro as Senior Task Manager for Agriculture & Rural Development; Leading researcher and President of the Governing Board of the Institute of Forestry of Montenegro (2014-2015). Attended various International training courses in Austria (BOKU), Azerbaijan, Belgium, Bosnia & Herzegovina, Croatia, Greece, Iran, Israel, Italy, Luxembourg, Macedonia, Montenegro, Serbia, United States (Cornell University). Researcher with about 190 scientific research results published in international peer reviewed journals. Member of the International Union of Soil Sciences – IUSS; Watershed Management Society of Iran; Serbian Soil Science Society; The Macedonian National Committee on Irrigation and Drainage; Geographical Society of Montenegro; Balkan Environmental Association; World Association for Soil and Water Conservation; European Geosciences Union. In the period 2005-2013 Editor in Chief of the journal “Agriculture and Forestry”. The Managing Editor of the “Agrofor International Journal”. Participated as a Scientific Committee Member of the many International conferences, being the Scientific Editor and reviewer several international journals. Involved in joint research as Co-promoter / Co-supervisor of some MSc / PhD thesis with Ghent University, Department of Geography, Belgium; Federal University of Lavras, Alfenas, Brazil. 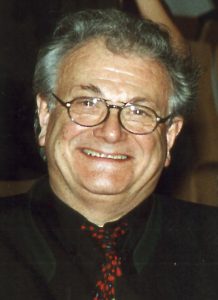 (Prof. Dr.). After Elementary School (1949-1954) and Oberrealschule (1954-1963) studied Agriculture (1964-1968) and Food Science (1968-1971) at Technical University Munich. PhD-thesis: Valuable compounds of different potato varieties in respect of their technological processing for high value food. The project started as a result of an increasing consumer demand for premium products made from potatoes e.g. chips, puree, pommes frites etc. Evaluating different compounds (sugars, soluble amino acids, phenolics and enzymes in order to characterize the preproduct of manufacturing the German potato industry and optimize the processing line. Lab-director with the Kali-Chemie at Hannover (1971-1972). Change to Research Institute Geisenheim in the same position including teaching in soil science and plant nutrition. Head of Department Soil Science and Plant Nutrition (1980-1986) with responsibility for the complete research program and all courses in soil science, plant nutrition and lab exercises for students enrolled in viticulture, horticulture and landscape architecture. Development of master courses. From 1986 to 2009 director of the complete research unit. Responsible for the complete research unit. Installing trendsetting programs in disciplines e.g. viticulture (organic vs. conventional, reactions to climate change), enology (improvement of future wine qualities, HACCP programs) and fruit processing (linking fruit production and processing into traceability lines; product development). Restructuring the complete research unit, including new buildings, glasshouses, lab facilities and lecture rooms. 2011-the Geisenheim Research Unit was transferred by the Hessian Ministry of Science into a University specialized in Viticulture/Enology, Horticulture and Foods. Member of the editorial board of Notulae Botanicae Horti Agrobotanici Cluj-Napoca, Bulletin UASVM Horticulture, Notulae Scientia Biologicae. Doctor Honoris Causa – University of Agricultural Sciences and Veterinary Medicine Cluj-Napoca. 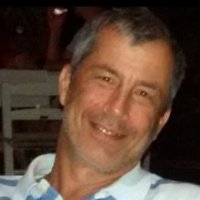 Andreas Katsiotis holds a PhD in Plant Genetics and Plant Breeding from the University of Wisconsin-Madison (1993) and currently is Full Professor at the Cyprus University of Technology, Cyprus. After obtaining his PhD he spent two years at the John Innes Centre as a Marie Curie fellow. In 1997 he was elected as a Lecturer at the Genetics Laboratory of the Agricultural University of Athens, Greece, and then moved to the Plant Breeding and Biometry Laboratory in the same University, where he served till 2011 as an Associate Professor. In 2012 he joined the Cyprus University of Technology as a Full Professor in the Department of Agricultural Science, Biotechnology and Food Science, where he is currently Chairman. His research interests deal with cereals (mainly oats and durum wheat) and olive, studying genetic diversity, cytogenetics, inter- and intra-specific hybridization, molecular markers, genome organization, evolution, genotype field evaluation under stressed environment, and genetic resources. During his career he has supervised a number of MSc and PhD students. He has co-authored 30 papers in ISI journals, a number of book chapters and numerous presentation in international and national congresses. He has coordinated or been PI in EU funded projects and national research projects. He has also participated in a number of trips collecting germplasm. He has served as Chair of the Panhellenic Plant Breeding and Genetics Society and was country representative in EUCARPIA.

Jerneja Jakopic completed university degree at University of Ljubljana, Biotechnical faculty, where she got a title: Bachelor of Science in Agronomy in year 2004. After that she was employed as junior researcher at the same University. During PhD study she intensifies her research in the field of environmental/production technology impacts on physiological changes and differences in the levels of primary and phenolic compounds in apples. In 2011, she completed postgraduate studies on the field of horticulture, obtain title PhD and became an assistant for Fruit-growing. She was awarded with Jesenko plaque for best PhD student of the year. Later she expanded research from apples to other fruit species as well as vegetable crops. On the field of secondary metabolites she has researched compounds from various groups of phenols. In recent years, she extended her studies to other important groups of metabolites, such as carotenoids and glucosinolates in many horticultural crops. In 2015 she has become an assistant professor for horticulture. She is included in many projects and passes on the knowledge to students as well as publishes her studies in important journals on the field of horticulture and presents in national and international conferences. 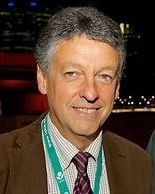 Prof. Dr. Maurizio LAMBARDI – Senior Researcher of the National Research Council (CNR) of Italy at the IVALSA Institute, and appointed Full Professor in the sector Arboriculture and Forest Systems. For the ISHS (International Society of Horticultural Science), he is Chairperson of the Commission ‘Molecular Biology and In Vitro Culture’, and member of the Board for Italy. He is also Academic Correspondent of the Italian “Accademia dei Georgofili”, General Secretary of the Italian Society of Horticulture (SOI), Co-ordinator of the Italian Working Group on ‘Micropropagation and In Vitro Technologies, and Honorific Member of the SHST/Horticulture and Forestry Society from Transylvania. He was the former Chairman of the Society for Low Temperature Biology (SLTB). He is member of the Editorial Board of numerous International ISI journals, among which Plant Cell Tissue and Organ Culture, Acta Physiologiae Plantarum, CryoLetters, European Journal of Horticultural Science, Propagation of Ornamental Plants, Ciencia e Agrotecnologia, Notulae Botanicae Horti Agrobotanici Cluj-Napoca. He has a large expertise in the development of advanced in vitro technologies, and their application to the propagation and preservation of woody plant genetic resources. In particular, he contributed to the exploitation of cryopreservation techniques for the long-term conservation of tissues and organs from fruit and forest germplasm. He is author or co-author of over 170 full-length papers and Editors of international books on micropropagation and tissue culture.

In fact, as we have informed on conference web site, instead of posters, will be ‘short presentations’, publicly presented as ‘flash talk’ (see below Guidelines for oral presentations at SHST Conference). We invite author(s) to prepare a PowerPoint presentation, no more than three minutes of scrolling; if they want, the author(s) can talk during scrolling, or verbal information could be included in the presentation.

Because all contributions will be included as papers in the special issue(s) of Notulae Botanicae Horti Agrobotanici Cluj-Napoca journal, the authors are invited to included in presentations more than ‘common’ data from the manuscript (the title of research, authors, institutions, results – as tables and figures, acknowledgments etc.).

The authors with accepted papers as ‘posters’ are asked to present any other issues they consider representative for their own work, as images (pictures), others visual details from the research, in order to be attractive for the audience, but also to be as comprehensible as possible (figures & tables completing the published contribution by visual information).

We will check carefully all presentations before conference, to avoid dysfunctionalities. The authors are invited to send the presentations before the conference, in order to be checked as compatibility (https://www.shst.ro/?page_id=1155). The regular PowerPoint work can be doubled by transforming it also as ‘PowerPoint presentation’ or ‘pdf’ to assure the fiability with videoprojectors. When reviewing the presentations, we will verify that all fonts, images and animations appear as expected and that all audio or video clips are working properly.

The contributributions are published on web-page: